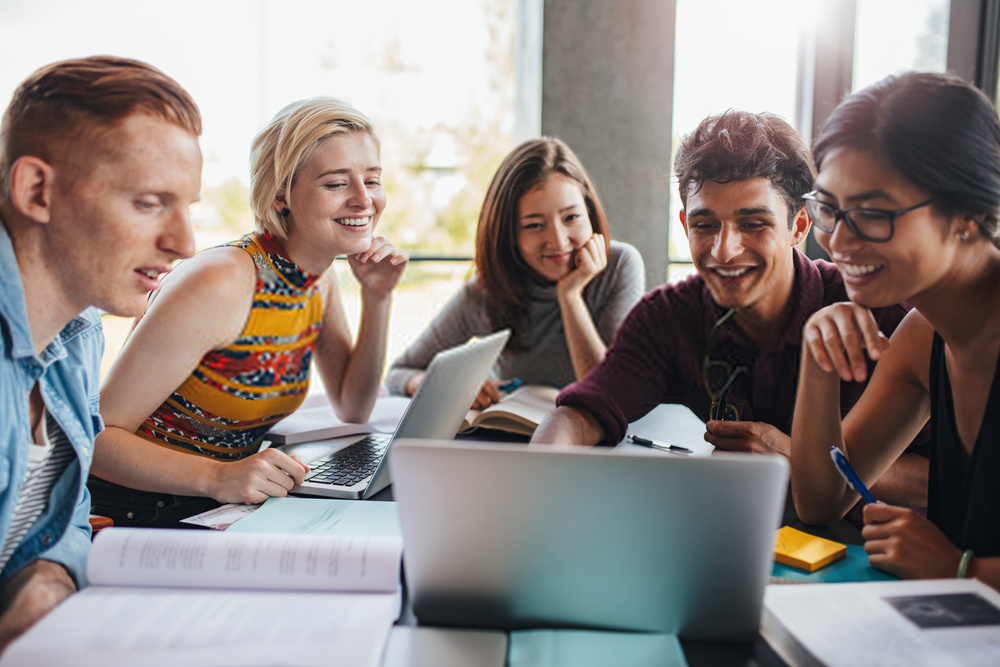 The Internet is the most recent and relevant innovation in the field of media communication, as well as the medium that reproduces most of the characteristics of global society. In trying to describe contemporary society, we cannot neglect the social involvement of the web. Our assumption is that the evolution of the Internet has led to various effects. These mainly refer to the relevance of concepts such as individuality, author, authorship, and copyright, as has been commonly used so far.

New online communication forms make the connection between the author's individuality and the text weaker and less recognizable. The second part develops the topic of scientific knowledge in contemporary society, with respect to academic authorship. Additionally, the Internet has produced profound transformations in academic publications. The technical and structural characteristics of the Internet suggest possibilities for a reorganization of the scientific system. From replacing authorship and reputation with innovative processing mechanisms to selecting information.

The explosion of user-generated content on the Web is changing the habits and expectations of many individuals. We are witnessing an explosion of unprecedented authorship. Almost universal literacy is a defining feature of modern civilization today. It is a fact that authorship grows 10 times each year when new media are included. It must be remembered that before this content revolution, authorship grew 10 times every hundred years, thus being able to build 100 places similar to Wikipedia each year. The main reason for such evolution lies in the drastic reduction of barriers to entry, particularly in the publication and distribution stages.

Due to these reduced barriers to entry, publication has become free, web-based or own production. Therefore, there is a behavior change in which individuals view authorship as a benefit rather than a cost. Perhaps due to the intellectual satisfaction given by the immediate publication. In addition, it is also the readers, rather than the editors, who decide the relevance and importance of the published material, once published. It is a publish and then filter approach in contrast to a traditional filter and then publish approach. This often immediate acknowledgment of the author could also reinforce a change in behavior. And readers continue and grow, for reasons still under debate: fame of the day, success of the anonymous, disenchantment with traditional media, generational change.

We can all be a scientific author

We can easily expect this trend to become a reality and this will have clear implications for research. The boundary between the amateur and professional researcher will blur and the number of traditionally speaking scientific authors and extra-institutional authors who affirm the scientific status of their work will grow. A key driver of this explosion of authorship is the democratization of software.

Data processing software has now become much cheaper or free thanks to the open source, cloud computing and user communities, which provide free or low-cost software solutions, and the support network for using them. profitable way. For example, platforms like Many Eyes and Google Maps allow amateurs to view and explore data with tools that were previously only available to professionals. Collaborative web-based platforms allow a small contribution for data analysis and continuous collaboration that is not framed in articles and documents, through tools similar to Google Wave.

Statistical packages have generated, often with the strong support of their initiators, large user communities around the world, sharing not only basic information, but also developing together, and often free of charge, great mathematical and statistical programs developed by open source software communities. This launch of tools also affects the review and evaluation of scientific production. In a future scientific setting, almost anyone can easily review, evaluate, rate, and comment on scientific output.

This can already be seen in official initiatives such as the project that allows anyone to comment on patent applications and present relevant evidence that allows the US Patent Office Such an explosion in the number of potential scientists as authors, Editors, contributors, and evaluators will not only affect the source and legitimacy of science, but also its quality and nature, as we describe later in this document.

Simultaneously with the explosion of the number of authors, we note the fragmentation of scientific production. Scientific articles have been for more than 300 years the centerpiece of consolidation, communication and interaction of the scientific debate. In the same way, they have proven to be a formidable method of encouraging scientists to reveal their results and guaranteeing their social legitimacy. It has been the pillar of modern science. But publishing in scientific journals is perceived as a potential bottleneck and limit for knowledge sharing due to its long period of time to write, review and publish, as well as what is sometimes called inherent review conservatism by pairs.

Today and more and more in the future, researchers use a plurality of smaller and less formal results to communicate and exchange ideas, such as blog posts, drafts, and brief analyzes. Such behavior can be seen as the modern form of personal correspondence, sometimes almost intimate, between scientists as observed in many biographies of famous researchers.

Today, this informal matching of intermediate results occurs on the open Web, through blogs and similar open tools, not as a one-on-one discussion but as a many-to-many discussion. Finally, this mechanism expands multidisciplinary and unexpected exchanges. In fact, blogs are a reality in the academic world. ScienceBlogs, for example, is a portal dedicated exclusively to scientific blogs, and the Academic Blog Portal lists hundreds of blogs for any academic domain, from mathematics to law.

These trends towards the publication of drafts and unfinished results is a visible trend in different web applications. On the web, innovative services are released publicly before being finalized, through the so-called "permanent beta" approach, because large-scale deployment provides information that cannot be replicated in a protected environment. A parallel change in science is likely to occur: results are delivered not just as a finished product (publication in a magazine or book) but as draft products, to allow for shorter and more frequent feedback mechanisms and continuous improvement, enabled by the exchange of approximate results before publication.

Bibliographies become essential tools for identifying and contacting others with similar interests. Data is published in rough format for others to come up with alternative interpretations: Each table in the Organization for Economic Cooperation and Development (OECD) policy publications has a link to a data repository for readers to create their interpretations. data alternatives.

Use of Blogs and Authorship

Scientists use blogs to exchange early opinions about their work, such as Tao's posts to test the Poincare conjecture in mathematics. The so-called "Open Notebook" makes scientists' working notes available and allows researchers to publish articles once submitted to journals, without waiting for the full review and editorial process. Comments become a prominent form of interaction and a genre in itself.

Any form of scientific result will be directly available for comment, partially or totally violating the confidentiality and exclusivity rights traditionally associated with the research result. In other words, researchers increasingly allow other researchers to look at their background notes and raw material. In fact, we are witnessing the rise of "open science". This change is consistent with the theory of non-linear processes of research and development, emphasizing the importance of early feedback mechanisms in research and development cycles.

Authorship of a scientific article indicates that authors should be credited with creating new knowledge, offering new solutions, or providing new ideas. It establishes the link between the new idea or discovery and its creator. This is associated with rewards, material, and more. In this way, authorship of a research paper has the potential to offer cascading material benefits. It is not surprising, then, that, in the academic world, authorship is highly sought after. The appeal and value of authorship encourages scientists to plan and execute research projects and publish them in renowned journals. However, the same factors also incite scientists to indulge in unethical behavior and crave authorship even when they don't deserve it. 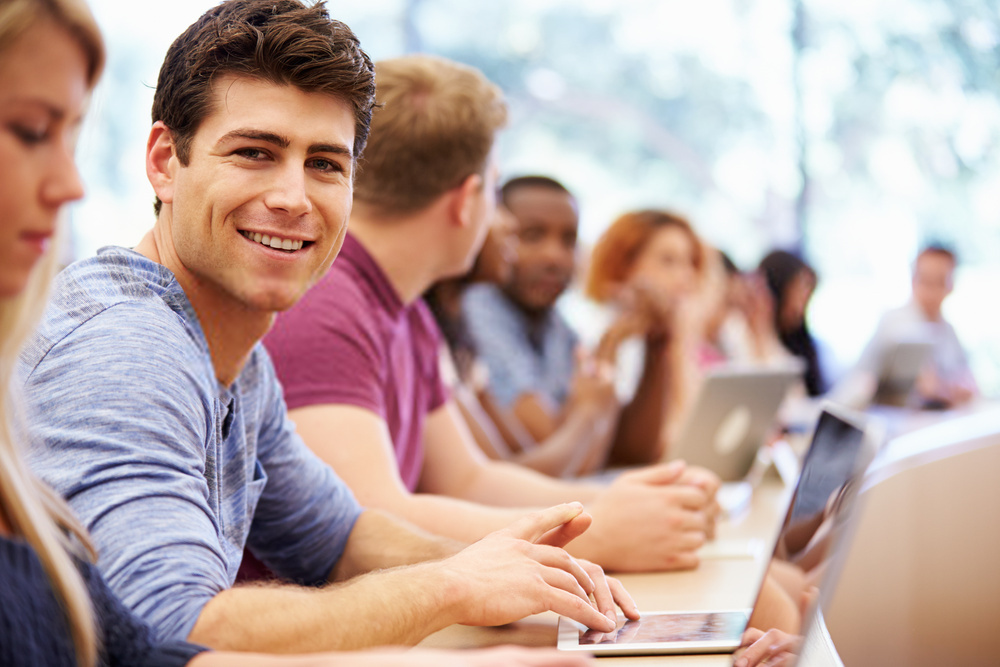