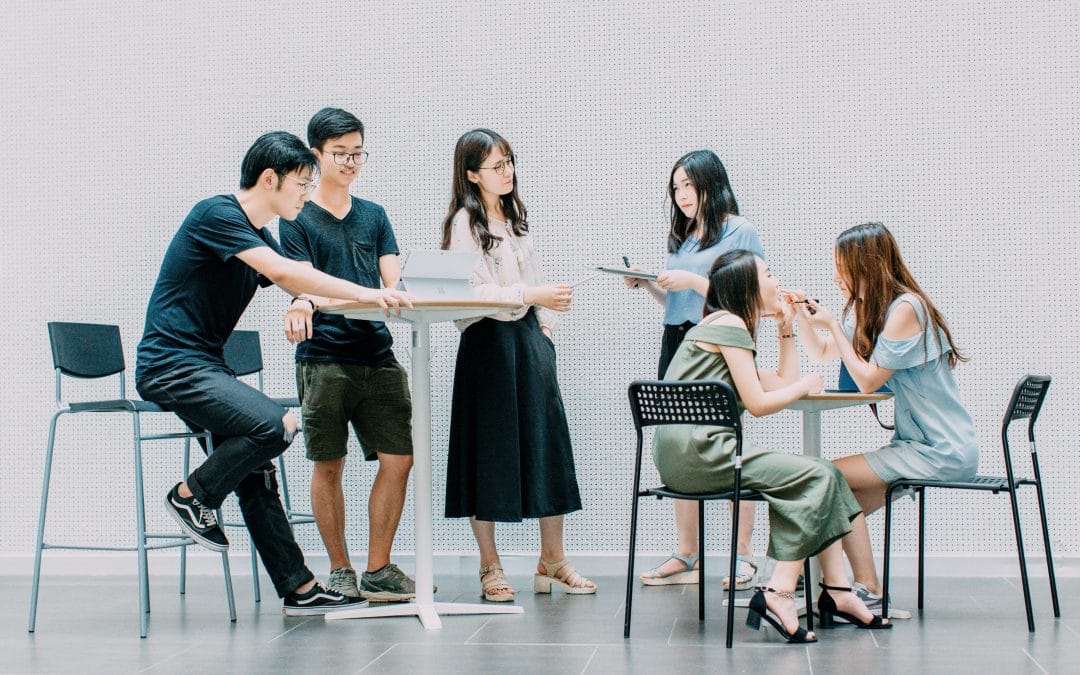 The word hermeneutic, an iterative process of discerning the meaning of a text, is as old as biblical scholarship. At this time the word applies to an entire subfield of philosophy, but it also has more specific meanings.

Defining a concept such as that of hermeneutics within the parameters of a perspective built on the basis of multiple perspectives, intertextuality, contextuality and situativity, seems a contradiction. There is no single way to define this term. Because if to return to things themselves is to return to that world that precedes knowledge, then to define the term “hermeneutics” without examining the evolution of its meaning throughout history would be to devalue the very essence of the being of this concept.

Hermeneutics “derives from the Greek verb hermeneuein, “to interpret”, and from the noun hermeneia, or “interpretation” (Bryne, 1996). In the field of qualitative research, this term still has the connotation of “interpretation”. However, the depth and type of interpretation, as well as the object being interpreted, have changed throughout history. Originally, hermeneutics emerged as a response to the debate over interpretations of biblical scripture. The reformers of the Roman Catholic Church believed that the true meaning of biblical texts could only be extrapolated through the lens of tradition. Without tradition, a biblical text could not be interpreted.

On the contrary – and here we see the entry of a newer brand of hermeneutics – the reformers believed that some version of the true meaning of these biblical texts could be derived from contemporary and common readers. But many of these readers were not versed in the traditional views of Catholicism. Soon after, Freidrich Ast offered a new point of view. He believed that hermeneutics involved more than just the interpretation of biblical texts. Rather, it involved interpreting the text and discovering the spirituality of both the person reading the text and the author of the text. For Ast, hermeneutics involved an attempt, through the analysis of the text, to recreate, as far as possible, the author’s original intention without being limited by the lens of historical/religious tradition, nor by the lens of contemporary culture.

Schleiemacher’s view of hermeneutics still involved the interpretation of the scriptures. However, his opinion was that the interlocutor needs to carry out a rigorous psychological and historical analysis of these texts in order to arrive at an interpretation. He believed in the “hermeneutic circle”, that is, in the belief that the object investigated cannot be fully understood without examining the object in its context. Furthermore, the author’s intentions could not be understood without examining the texts within the perspective of their historical context.

Dilthey expanded Schleiemacher’s view of hermeneutics to include the interpretation of texts in the social sciences and in the fields of humanity. He believed that the texts produced by human beings were expressions of his worldview. He also believed that a certain worldview could be shared by human beings who shared the same context, and that people were linked by intersubjectivity.

The vision of Hans-Georg Gadamer

Hans-Georg Gadamer expanded Heidegger’s work on hermeneutics in much the same way as Shleiemacher expanded Ast’s work. Gadamer stressed the importance of examining the historical and cultural awareness embedded in artifacts (Bryne, 1996). Gadamer criticized the emphasis on psychology and history of Dilthey’s work. He placed great emphasis on the idea of discovering both the object and the “prejudices” of the subjects.

The relevance for the current trends of qualitative research of this type of hermeneutics is that it implores the researcher not to lose sight of his prejudices during research. Instead of judging these prejudices, they become an integral part of the study. As Gadamer commented, the social sciences should not suspend the subjectivity of the researcher – which would be impossible. On the contrary, it must consciously commit itself to its own prejudices in a continuous process of search for meaning. Questioning one’s prejudices is not done to finally eliminate them, but to give them the whole game when questioned in dialogue (Unger, 2005). Gadamer offers a critical form of hermeneutics, whereby the analysis of conversations, whether through texts or other artifacts, makes visible the silent assumptions and prejudices embedded by a particular race, gender, or culture.

Hermeneutics and Interpretation of Results

Hermeneutics involves a sequence of interpretations of a text. That is, a “conjecture”, so to speak, followed by the application of interpretation to a more detailed review of parts of the text or other texts by the same author or of external phenomena related to the text. In short, is the initial interpretation supported by repeated and more specific examinations? If not, the initial interpretation is modified and the process starts again. This until at some point there does not seem to be any major change in the interpretation reached at that time. There are some obvious caveats here. One of them is that we must assume that the text itself exhibits some coherence (Dilthey, 1976).

A key attraction of revealing such a conceptual structure about interpreting the meaning of words is that it can help direct the behavior of new students as they learn to examine new material.

Today, within the realm of qualitative methods, the word hermeneutic seems to be interchangeable with the term phenomenology. They are closely related, but actually have different implications for qualitative researchers. Both phenomenology and hermeneutics are modes of analysis used by qualitative researchers to interpret data. The two modes share the underlying assumption that the interpretation of a text, or of an artifact, must be approached from a multi-perspective point of view. Edmund Husserl, a phenomenological philosopher, believed that the object of study and the subject studying that object could be separated. He believed that to understand what the subject knows about the object, what is known can and should be put in parentheses. This is rather a phenomenological point of view (Byrne, 1996).

However, Martin Heidegger stressed that the object and subject are not separable. He believed that people are “thrown” into the world and that the context of that world will shape their perspectives. Heideggerian hermeneutics asserts that through the study of shared states of being, articulated through dialogue (texts, and parts of texts), common beliefs and practices can be revealed (Bryne, 1996).

Differences between Hermeneutics and Bayesian Statistics

Bayesian statistics is based on an important theorem, mathematical in its logic, which allows to integrate what is known before an analysis of new data into the analysis of that new data itself. Rather than basing our conclusions on a phenomenon (e.g., how much of a patient population benefits from a specific drug) solely on a single data set, our findings will raise the question of how the new findings alter previous conclusions. They are based on other sources of data on the same phenomenon. Here, too, are some obvious caveats. One of them is that we must assume that there is no difference between the conditions that generated the previous data and the conditions of the current data collection.

Hermeneutics and the Social Sciences

In recent decades, qualitative research processes have gained respectability in the field of social sciences. Among the different types of qualitative research, interpretive research seeks to obtain information from the interviewed subjects and analyze that information from the context of the participants. The concept of hermeneutics, which originated in ancient Greece and gained popularity as a method of analyzing biblical text during the seventeenth century, has recently expanded its focus to several areas of qualitative research. Hermeneutics represents not only a philosophy, but also a theoretical framework or methodological approach to research.

As a framework and/or methodology, hermeneutics complements the objectives of interpretive research. In particular, qualitative researchers using hermeneutics can interpret interview data. It concentrates on three concepts: the totality-part relationship, interpretation and language. These three aspects permeate all stages of the research process, starting with pre-interview and interview activities and ending with the interpretation and analysis of the data. Although the use of hermeneutics and interpretative inquiry contains drawbacks related to the subjectivity inherent in both methods, the researcher must understand the relationship between their training, the context of the subject and the language that arises from the interview process.

In conclusion, hermeneutics in the field of qualitative research seems to be a mode of analysis used to interpret artifacts. I have described various ways of conceiving this term throughout history. Although each of the perspectives of hermeneutics involves differences, I believe that the application of any of these views is based on the same basic assumption; that is, many perspectives must be considered to provide the most accurate framework of understanding for the object of study. The scope and type of perspective may differ; however, the core of hermeneutics rests on the premise of varied interpretations. Of course, this is all just my interpretation. 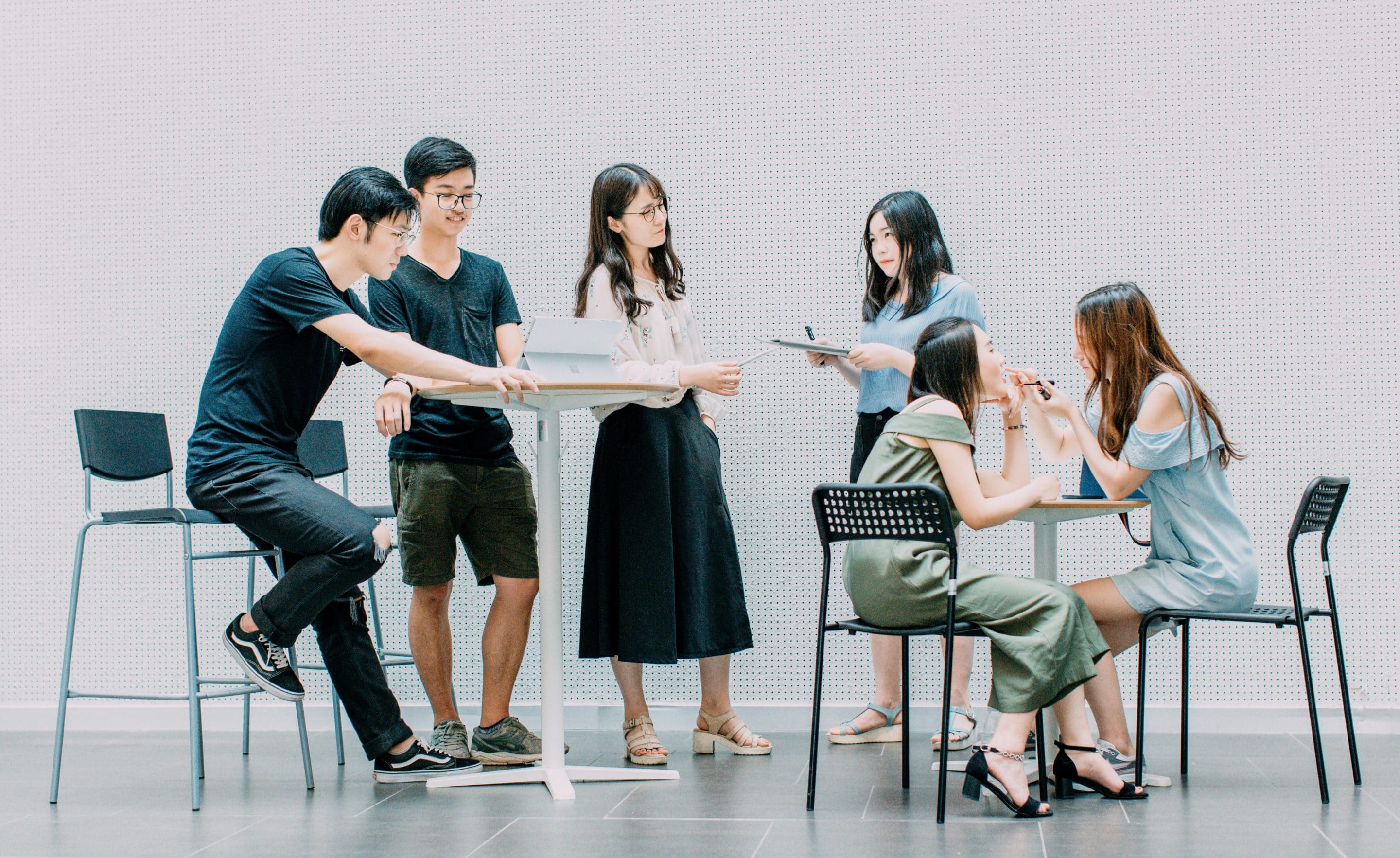 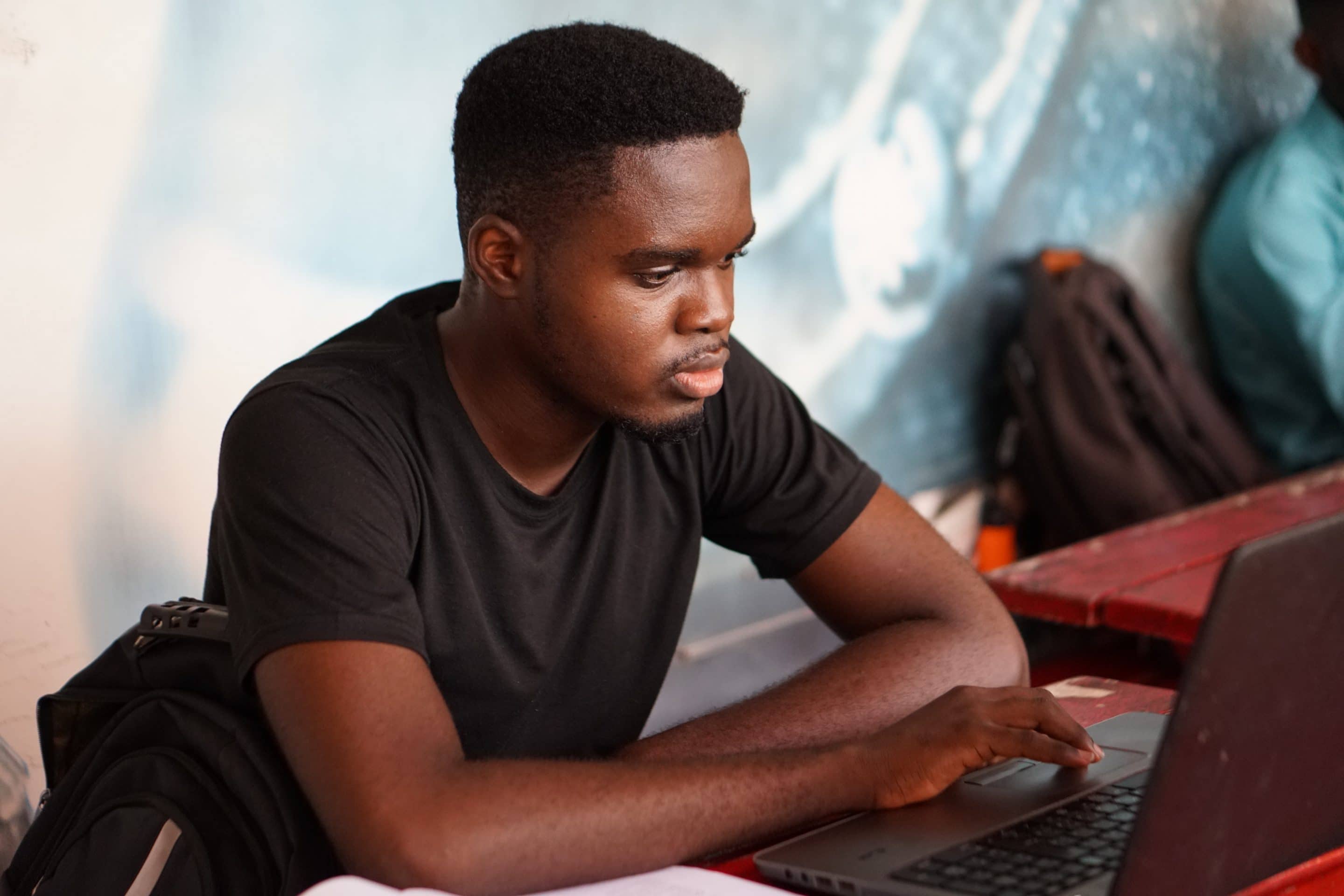 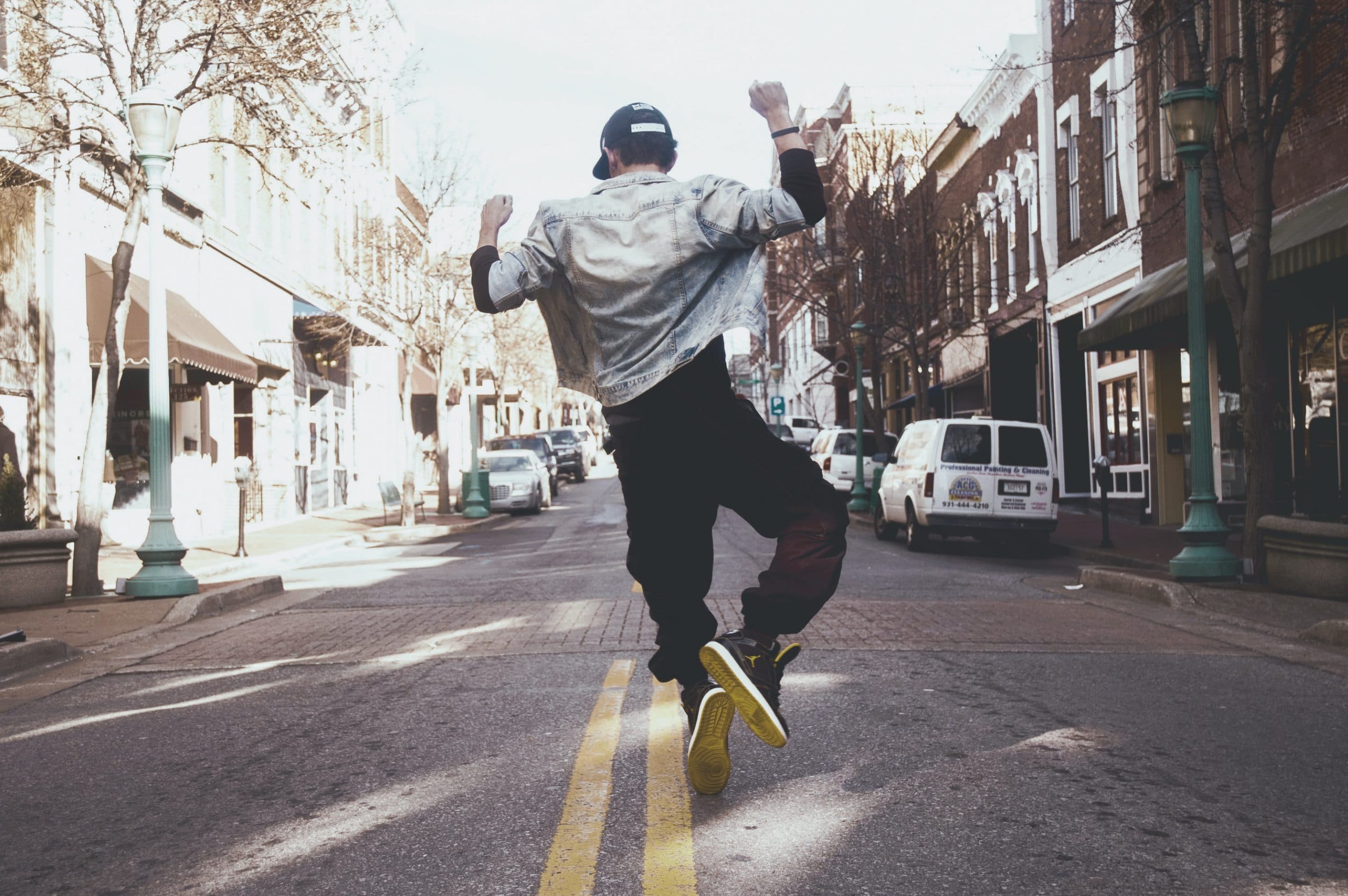 What to expect from a thesis tutoring 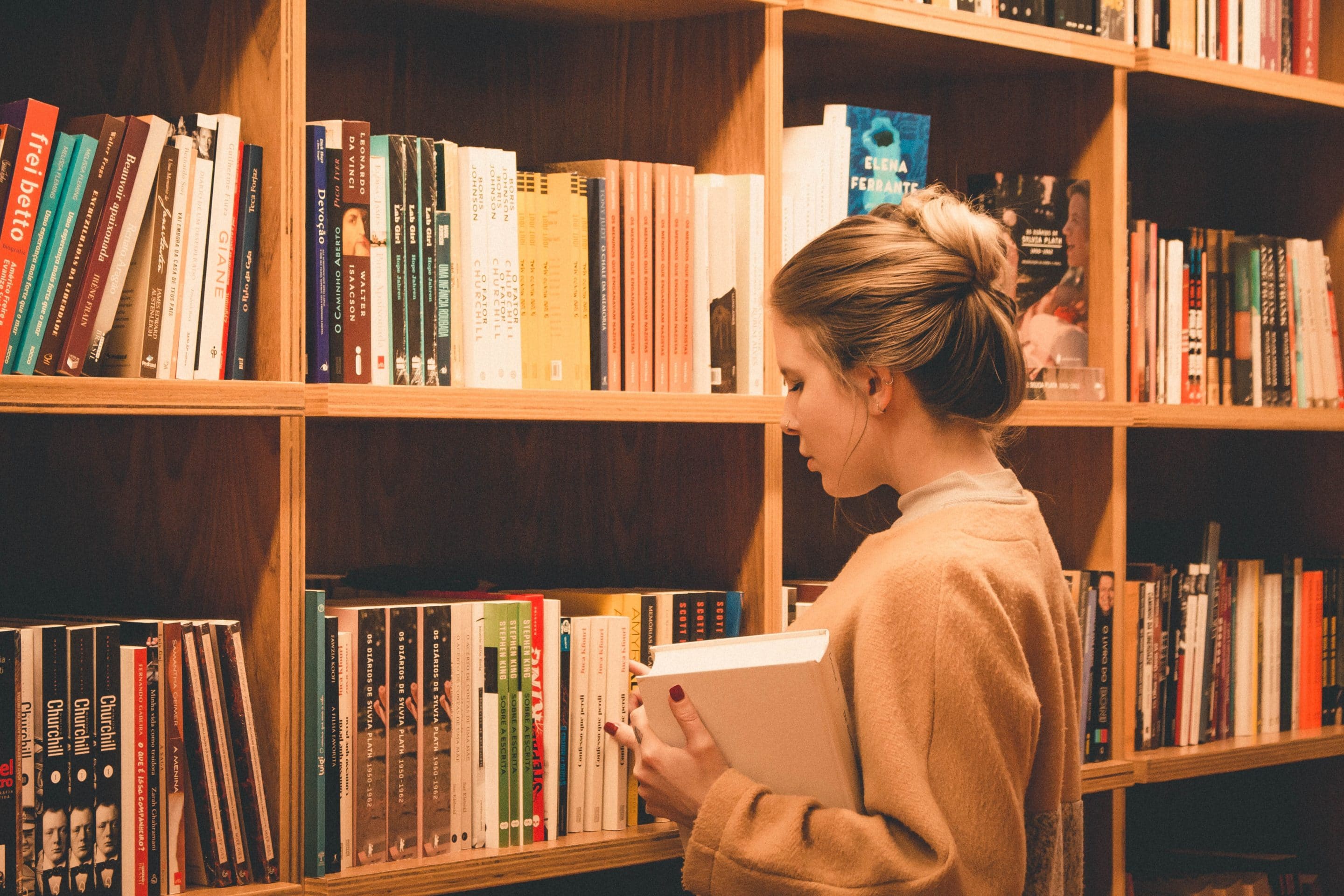