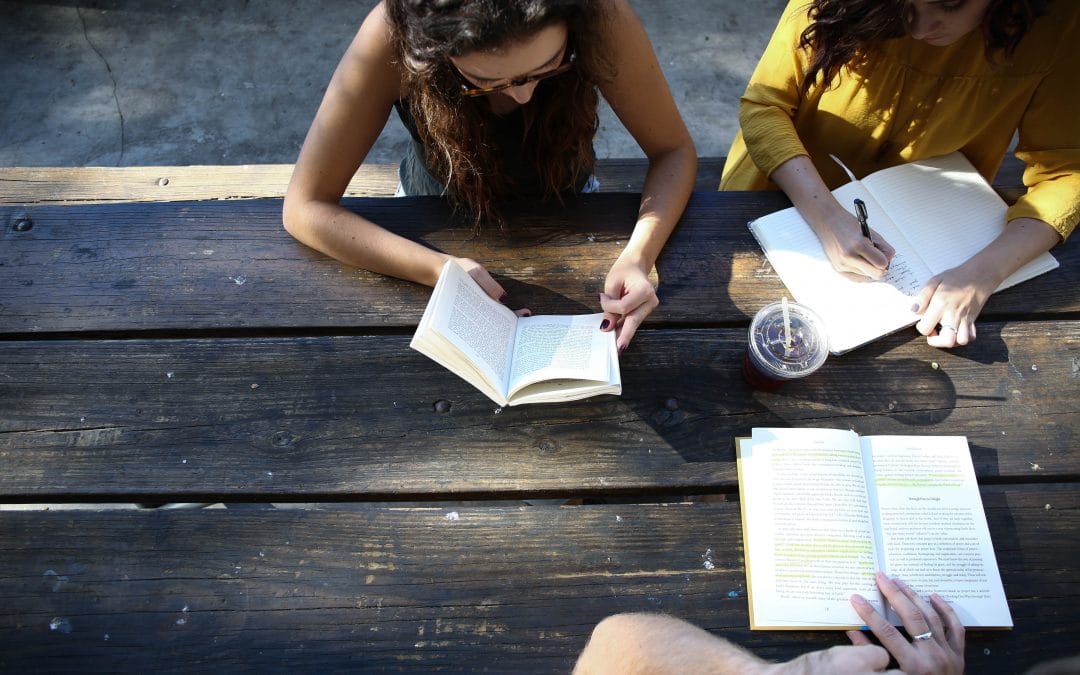 Narrative research is a term that encompasses a group of approaches that, in turn, are based on written or spoken words or on the visual representation of individuals. These approaches often focus on the lives of individuals told through their own stories.

The emphasis of these approaches is on the story, usually on both the what and how it is narrated.

Narrative research can be considered both a method of investigation in itself and the phenomenon being studied.

Narrative methods can be considered “real-world measures” that are appropriate when investigating “real-life problems.”

In a basic linear approach, they encompass the study of a single individual’s experiences by encompassing life stories and exploring the learned meaning of those individual experiences. However, in most cases a set of narratives is created, each of which influences the others.

Narrative is considered “the primary scheme by which human existence acquires meaning” (Polkinghorne, 1988, p. 1). Following this line of thought, the human experience is always narrated. Narrative research focuses, accordingly, on how individuals assign meaning to their experiences through the stories they tell. According to Carter (1993), human beings come to understand pain or love or joy in a particularly rich way through the characters and incidents we become familiar with in novels or plays.

Richness and nuance cannot be expressed in abstract definitions or propositions. They can only be demonstrated or evoked through narration. Therefore, narratives are inevitably linked to language. The narration of experience is something natural, like learning a language. This means that young children learn to tell all kinds of narratives, short and long, as they master the language.

As children experience through participation in all kinds of social events in their infinite varieties, they also learn to tell stories about them. In this way, they gradually learn what kind of meaning culture has imposed on the various events. Thus, storytelling as a way of telling and creating order from experience begins in childhood and continues throughout all stages of our lives. When teachers talk about their lives as such, they naturally appropriate a narrative structure.

The Evolution of Stories

Stories cannot be considered simply as abstract structures isolated from their cultural context. They must be considered as rooted in society and as experienced and interpreted by individuals in cultural environments. Therefore, human knowledge and personal identities are continually constructed and revised. The experience of the world, like each person’s perception of themselves, is an ever-developing narrative that is constantly forming and changing shape. Here human knowledge is considered a plurality of small narratives, of a local and personal nature, which are always under construction.

There is no single, dominant or static reality, but a series of realities that are built in the process of interactions and dialogues. Human knowledge of the world is thus relative. It depends on the individual’s past and present experiences, their values, the people to whom the stories are told (the recipients), and when and where they are told. Bruner (1984) argued that one always creates or listens to a narrative based on one’s life experiences and background. Although research from this perspective may have the ability to produce some kind of authentic view of reality, belief in the possible attainment of an objective reality or truth is rejected.

It is a useful part of social science research, but it cannot always serve on its own as evidence and support for the conclusions of a report.

Whether it is part of a great presentation or an independent investigation, it must be accepted on its own merits as individual experience and interpretation of it. The question arises of the accuracy of the objectively viewed account, even if it must be considered in its socio-cultural context. The narrative offers the individual point of view to be accessed on its own merits. This validation is possible by corroborating another narrative.

While some types of qualitative analysis have a set of standard procedures, narrative research is questionable in this regard. One of the weak points of the study of narratives is that the text is, by its very nature, linguistically subjective, that is, difficult to access quantitatively objectively, since it is subjective, that is, it has a personal meaning.

In narrative research, accounts of experience are shaped through conversations with the research subject in a dialogue. Various data collection methods can be used, as the researcher and research subjects work together in this collaborative dialogic relationship. Data can take the form of field notes; journal records; interview transcripts; own and others’ observations; storytelling; letter writing; autobiographical writing; documents such as school and class plans, newsletters and other texts, such as standards and principles; and images (Connelly and Clandinin, 1990). To this list, video recordings can be added, as they are also useful data in narrative research.

Although other qualitative research approaches, such as case studies, biographies, phenomenological studies, grounded theory studies, and ethnographic studies, are described in detail, the literature on narrative research appears to be rather vague as to concrete inquiry procedures.

Debates on the approach to narrative research

The first is the relationship between the researcher and his research subjects. The second is how a narrative develops from an experienced and orally told story to a written text, and the third is the hermeneutic or interpretive nature of narrative research.

It has also been stated that a non-judgmental attitude and sense of equality among participants is particularly important in narrative inquiry, because teachers have traditionally experienced that they have no voice of their own in the field of educational research and may find it difficult to feel empowered to tell their stories. Ideally, the narrator and the researcher should reach a joint intersubjective understanding of the narratives that occur during the research process (Connelly and Clandinin, 1990).

Should the accounts of individuals whose customs or actions are being explained always be accepted as the “correct” account of the phenomenon in question? According to Phillips (1997), it is difficult to know if a particular account is a reflection of the facts of the case or if it has been shaped by the narrator. In my opinion, the dilemma posed here could and should be resolved by including in the research report both the point of view of the researcher and that of the research subject. Perhaps in this way, the multiplicity of voices in the narrative would appear more clearly than if the researcher and the research subject had a joint understanding of the narratives that occur during the inquiry process.

Various data collection methods can be used, as the researcher and research subjects work together in this collaborative dialogic relationship. Data can take the form of field notes; journal records; interview transcripts; own and others’ observations; storytelling; letter writing; autobiographical writing; documents such as curricula and lessons, newsletters and other texts, such as standards and principles; and images. To this list we must add audio and video recordings, as they are also useful data in narrative research.

The sociocultural foundation of narrative research

For centuries, scholars have studied and wondered about the development of human beings, which has logically given rise to a number of theories. We find models that emphasize the importance of the environment for the development of individuals and, on the other hand, we find theories that focus on how development is driven by an internal biological maturation of individuals. Both approaches represent traditional epistemologies.

Social constructivism introduces alternative theories about the development of human beings. Although there are different versions of social constructivism, what they have in common is the belief that individuals learn and develop through participation in social activities in the world. Society – or the world, as the case may be – exerts a continuous influence on the individual or mind, and vice versa. Human beings learn and develop in these mutual processes between the individual and society. In this way, the dualism between the individual and his social environment, or what is called the mind-world problem, is abolished (Prawat, 1996). Sociocultural theory is a version of social constructivism that connects the entities mind and world.

In the literature on the approach to narrative research, we find three basic foundations, or claims. We have already seen the first statement in the introduction to this article: that human beings organize their experiences of the world into narratives. Second, narrative researchers argue that the stories told depend on the individual’s past and present experiences, their values, the people the stories are told, the recipients, and when and where they are told. The third statement, closely related to the second, refers to the multiplicity of voices that occurs in the narratives.

Current Use of Narrative Research

When reading about narratives and narrative research, one is left with the impression that the focus of attention becomes diffuse, extending in many directions: Very often, the concept of narrative is used in connection with how to represent a qualitative research study.

Thus, it is argued that a case study, a biographical study, a phenomenological study or an ethnographic study can have a form of narrative representation. Narrative representation seems to be especially related to the biographies and autobiographies of teachers. Within this tradition, it even seems that the terms biography and narrative are used synonymously. Some researchers have focused on the narrative approach as a method of inquiry, a genre of research situated within the family of qualitative or interpretive research. Others have claimed that the narrative approach is not a method but, rather, a frame of reference in a research process, in which narratives are considered producers and transmitters of reality. 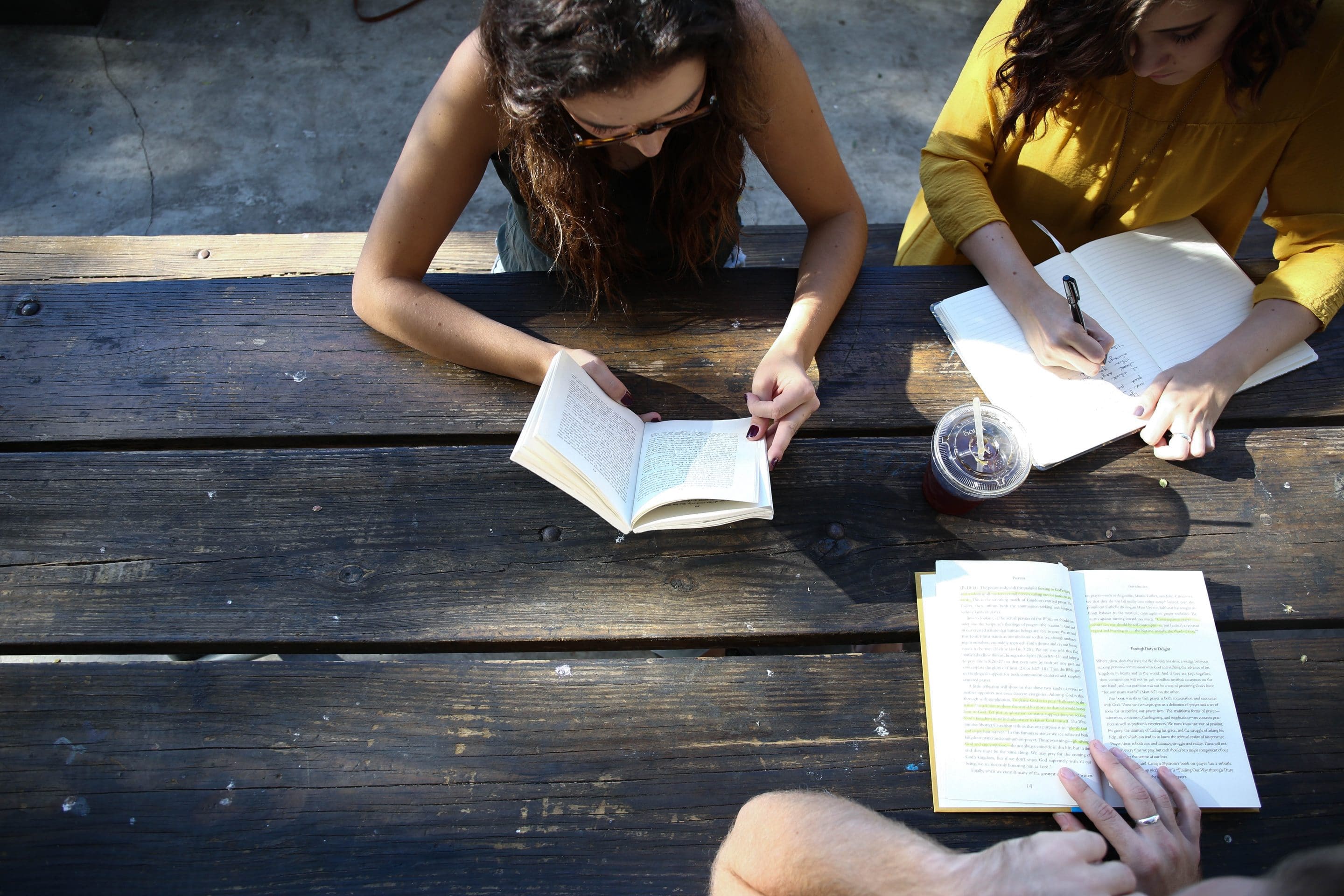 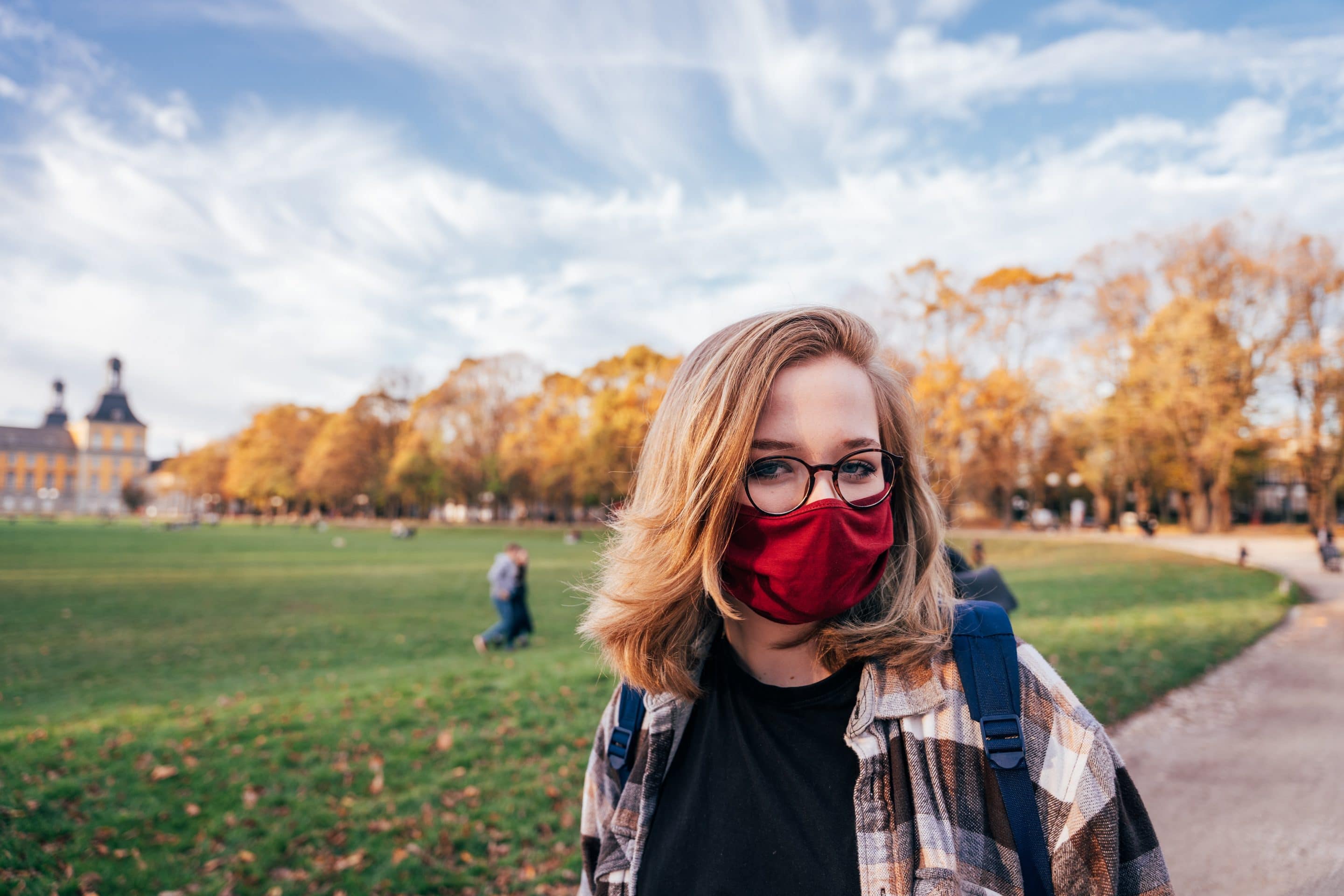 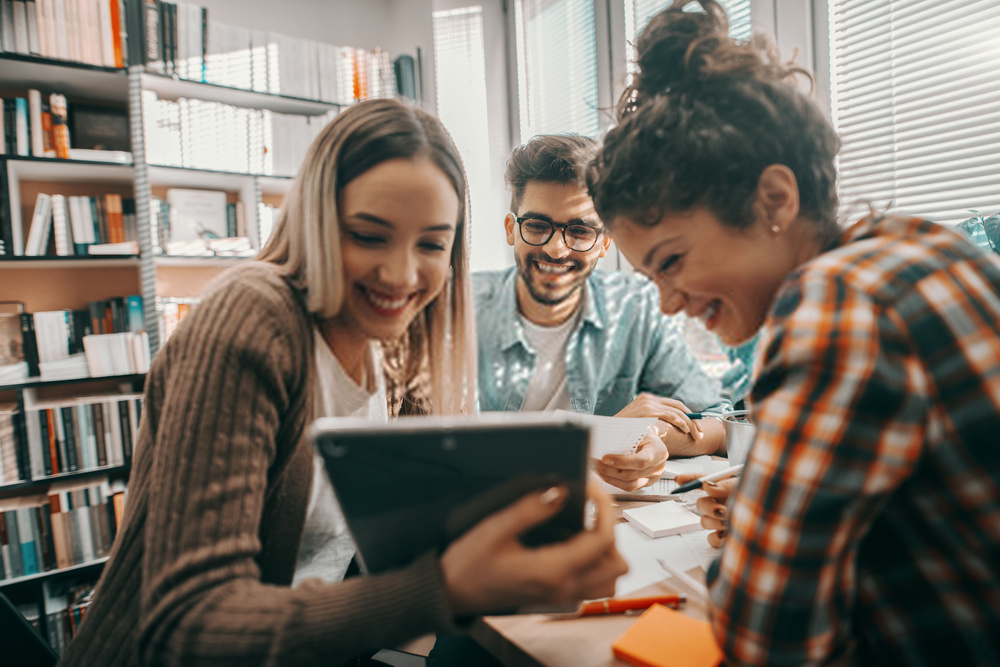 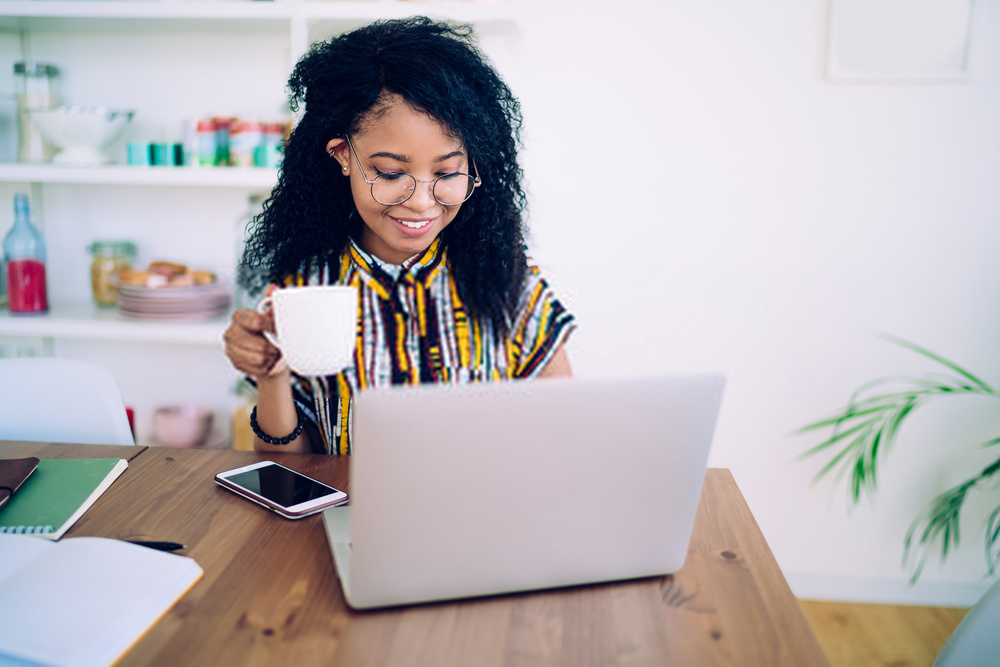