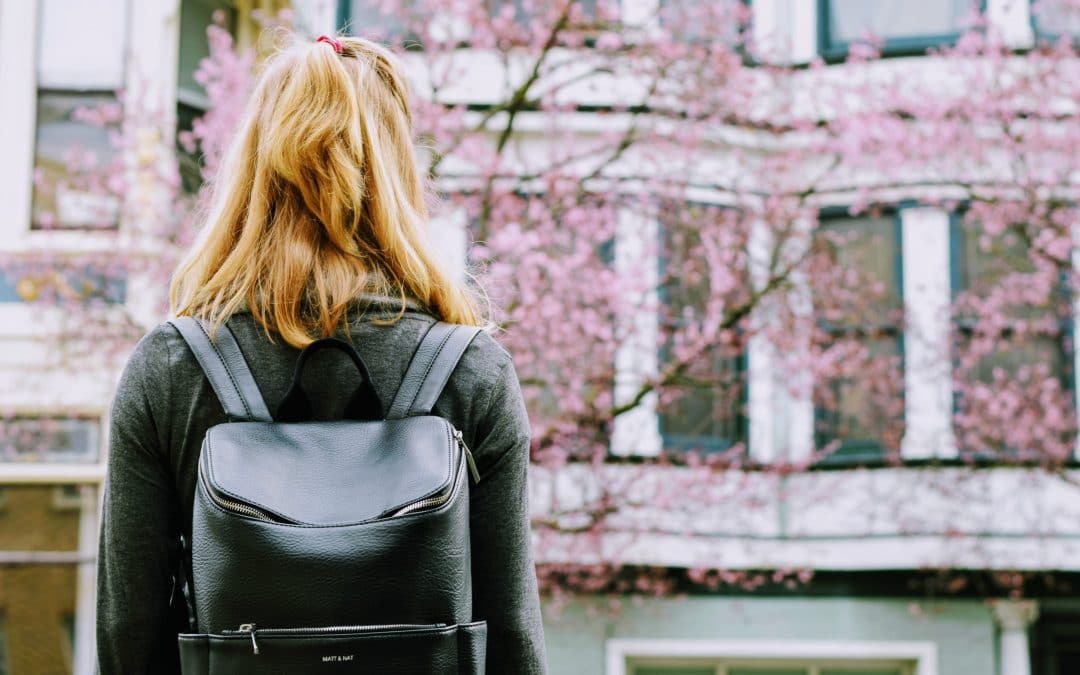 For most people, procrastination, regardless of what they say, is NOT about being lazy. In fact, when we procrastinate we usually work hard for long periods of time just before the delivery dates. Working hard and hard is the opposite of laziness, so that can’t be the reason we do it. So why do we procrastinate and, more importantly, what can we do about it?

As suggested above, some say they procrastinate because they are lazy. Others claim that they “do better” when they procrastinate and that they “work better” under pressure. I encourage you to be critical and reflect on these explanations. Virtually everyone who says this routinely procrastinate and has not completed a major academic task in which they have made a plan, put it into practice, had time to review, etc. before their deadline.

So, in reality, they can’t make a comparison about the circumstances in which they work best. If you almost always procrastinate and never tackle your tasks systematically, you can’t say exactly that you know you “work better” under pressure. Other people say they like the “rush” to leave things to the end and meet a deadline. But they usually say this when they are NOT working under that deadline.

They say this works before or after they get out, when they’ve forgotten the negative consequences of procrastinating, such as feelings of anxiety and stress, fatigue and disappointment at falling short of their own standards and having to put their life on hold for chunks of time. Not to mention that leaving things to the end dramatically increases the chances of something going wrong – like getting sick or having a problem with the computer – and not being able to get the desired note. So procrastinating can be us and, in fact, increases our chances of suspending, but we do it anyway. Why?

Procrastination is not only due to poor time management, but may be due to underlying and more complex psychological reasons. This dynamic is often exacerbated in schools, where students are constantly evaluated, and especially in university, where the pressure for grades is high and can depend a lot on student performance. In reality, procrastination is often a self-protection strategy for students.

For example, if you procrastinate, you always have the excuse of “not having enough” time in case you fail, so your sense of ability is never threatened. When there is so much pressure to get a good grade in, say, a job, it’s no wonder that students want to avoid it and that’s why they postpone their work. For the most part, the reasons for delaying and avoiding work stem from fear and anxiety: to do it wrong, to do it too well, to lose control, to appear stupid, to question one’s sense of self or self-concept. We avoid doing the work to prevent our capabilities from being judged. And, if we happen to succeed, we feel much more “smart.” So what can we do to overcome our tendency to procrastinate?

For many people, acquiring this perception of how procrastination protects them from the feeling that they are not capable enough, and taking it into account when they are tempted to fall into the familiar and unproductive habits of procrastination contributes greatly to solving the problem. For example, two psychologists, Jane Burka and Lenora Yuen, who have helped many people overcome procrastination, report in their article “Mind Games Procrastinators Play” (Psychology Today, January, 1982), that for many students “understanding the hidden roots of procrastination often seems to weaken them” (p.33). Just knowing our true reasons for procrastinating makes it easier to stop.

Time Management Techniques: A Piece of the Puzzle

To overcome procrastination, time management techniques and tools are indispensable, but they are not enough on their own. In addition, not all time management methods are equally useful in dealing with procrastination. There are some time management techniques that are well suited to overcome procrastination and others that can make it worse. Those that reduce anxiety and fear and emphasize satisfaction and the rewards of completing tasks work best. Those that are inflexible, emphasize the magnitude of tasks, and increase anxiety can, in fact, increase procrastination and are therefore counterproductive. For example, making a huge list of “things to do” or scheduling every minute of the day can INCREASE stress and therefore procrastination. Instead, set reasonable goals (for example, a manageable list of things to do), split up large tasks and give yourself flexibility and allocate time to the things you like as a reward for the work you’ve done.

Motivation: Find productive reasons to dedicate yourself to the tasks

To overcome procrastination it is essential that you stay motivated by PRODUCTIVE REASONS. By productive reasons I mean the reasons to learn and achieve that lead to positive, productive and satisfying feelings and actions. These reasons contrast with the fact of dedicating yourself to a task for fear of failing, or for not making your parents angry, or for not looking stupid, or for doing better than other people to “brag”. Although these are all reasons – often very powerful – to do something, they are not productive as they evoke maladaptive, often negative, feelings and actions.

For example, if you’re worried about not looking silly, you may not ask questions, go into new areas, try new methods, or take the risks needed to learn new things and reach new heights. A good way to implement the positive motives is to set and focus on your goals. Identify and write down your own personal reasons for enrolling in a course and monitor your progress toward your goals using a goal setting chart. Remember to focus on your reasons and your goals. The objectives of others are not objectives at all, but obligations.

Another key to overcoming procrastination is to stay active in your classes. If you’re passive in class, you’re probably not “stuck” in the course and its topics, and that weakens your motivation. What’s more, if you’re passive you probably won’t be getting as much sense out of the course and course materials as you could. Nonsense and confusion are not attractive; in fact, they are boring and frustrating. We don’t usually want to do boring or frustrating things. Avoid that by trying to really understand the course material, not memorize it, or just “pass it on.” Instead, try (1) to find what is interesting and relevant to you in the course materials, (2) set your own purpose for each reading and class session, and (3) ask yourself (and others) questions about what you’re learning.

But there’s a way to give the logical side of your brain an edge. When you notice that a confrontation between logic and emotion is approaching, resist the urge to procrastinate. These are the best ways to do this.

Reverses the triggers of procrastination

Think about which of the seven triggers of Pychyl procrastination are triggered by an activity you fear. Next, try to think differently about the task, making the idea of completing it more appealing.

For example, write a quarterly report. If you find it boring, you can turn it into a game: check how many words you can write in a 20-minute period. Or if a task seems ambiguous and unstructured to you, create a workflow that establishes the exact steps that you and your team must follow each month to accomplish it.

Work within your endurance level

When a task triggers procrastination, we resist doing so. But to what extent do we resist?

Suppose you have to read dense research for an upcoming project. To find your level of endurance, consider the effort you put into that task on a sliding scale. For example, could you concentrate on reading for an hour? No, that period of time still seems unpleasant. And 30 minutes? Shorten the amount of time until you find a period that you no longer resist the task, and then do it.

Do something, whatever, to begin with

It’s easier to get on with a task after you’ve overcome the initial hurdle of starting it. This is because tasks that induce procrastination are rarely as bad as we think. Starting to do something forces us to reevaluate that work in the subconscious, and we may find that the task itself triggers fewer things than we had originally anticipated.

Research suggests that we remember uncompleted or interrupted tasks better than projects we have completed. It’s like listening to a catchy song, only for it to be unexpectedly cut in half and have it stuck on your head the rest of the day. Starting a task means you’ll continue to process it, and this makes it more likely that you’ll get back to work later.

It lists the costs of procrastination

This tactic works best when the most important tasks are postponed. While it’s not worth spending 20 minutes listing the costs of not going out for a run in the afternoon, listing the costs will be a big help for a task like saving for retirement. Add to your list all the ways in which procrastinating retirement savings could affect your social life, your finances, your stress, your happiness, your health, etc.

It’s also worth making a list of the things you put off personally and professionally, big and small, while calculating the costs of procrastination for each of them.

Our devices offer a cornucopia of distractions, whether it’s email, social media, or texting with friends and family. This is especially difficult as our work becomes more ambiguous and unstructured (two triggers of procrastination).

When you notice that you are using your device to procrastinate, disconnect. Sometimes, when I’m writing, I get to put my phone in another room and turn off my computer’s WiFi. Other times, I resort to an application like Freedom or Self Control, which blocks access to sites that distract me and forces me to physically restart my computer to restore access.

This may seem drastic, and it is. Turning off digital distractions ahead of time gives you no choice but to work on what’s really important.

There are proven ways to combat procrastination so that it doesn’t get in the way of performing your most important tasks. The next time you resist a task, consider whether it triggers any of the triggers of procrastination, work within your resistance level, stick to it, list the costs of postponing the task, or disconnect from the Internet. 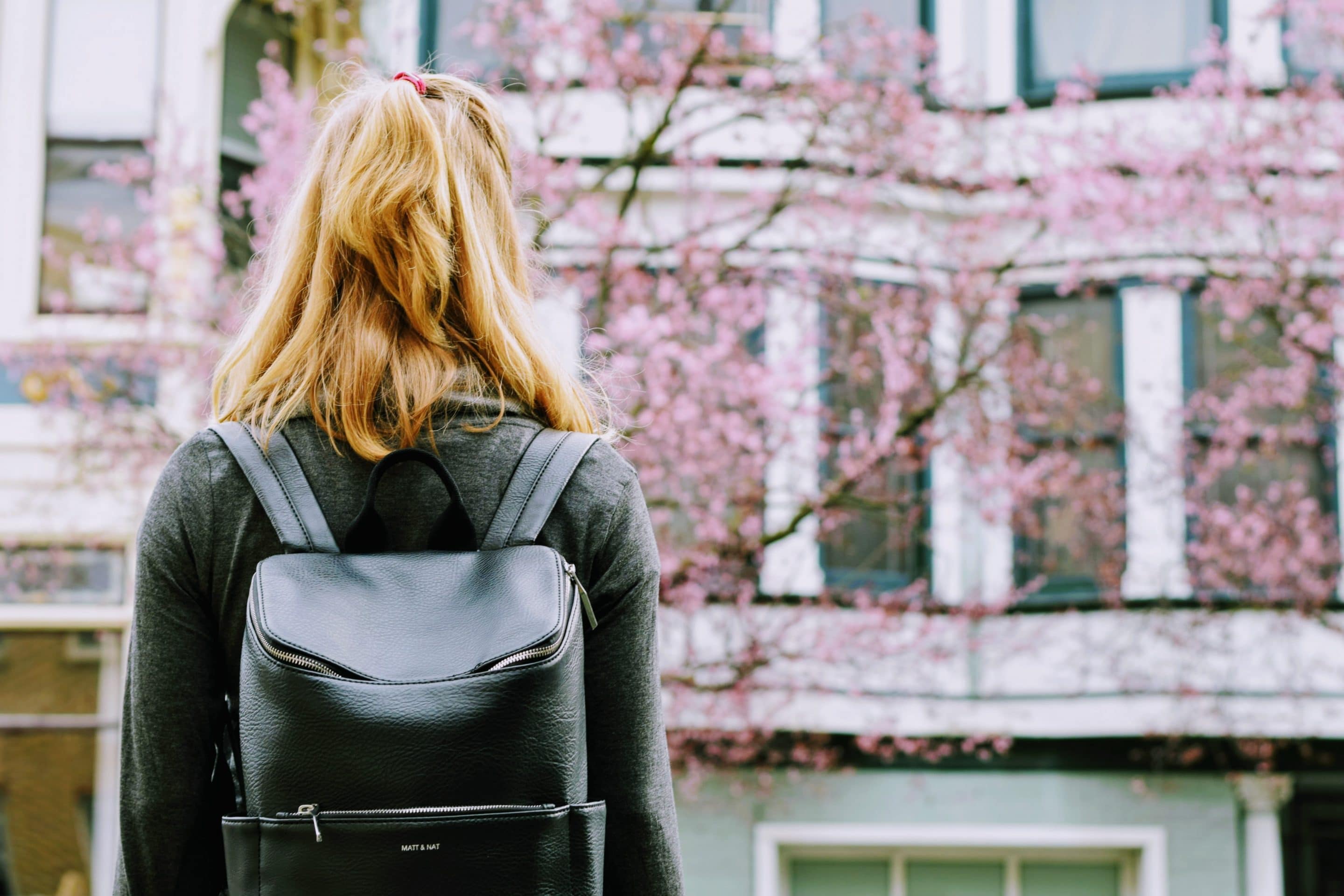 ← Effects of reading on the brainAn investigation into hybrid manufacturing, award for the Best Thesis of the Society of Manufacturing Engineering → 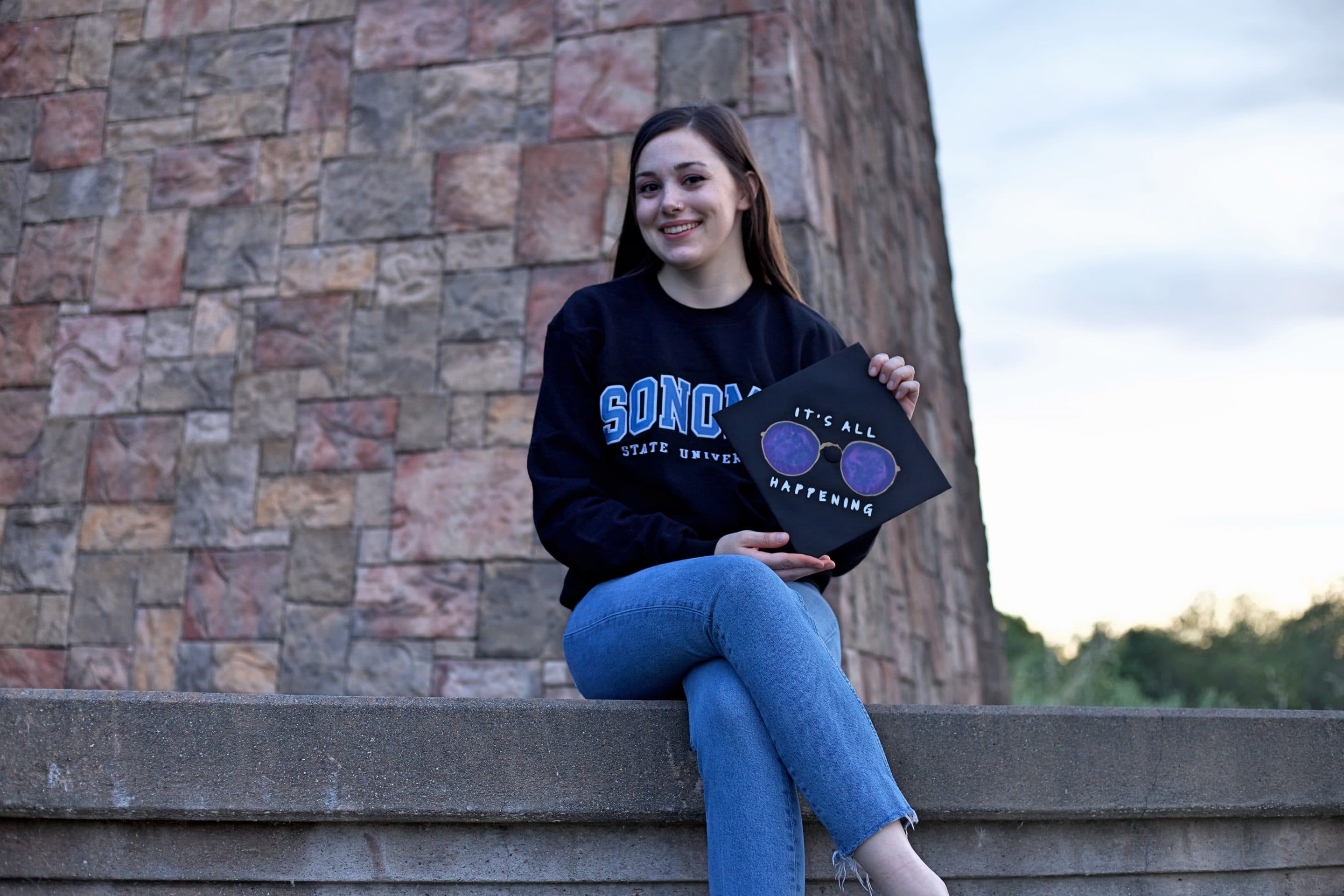 Haven’t been able to finish your thesis yet? You’re not the only one 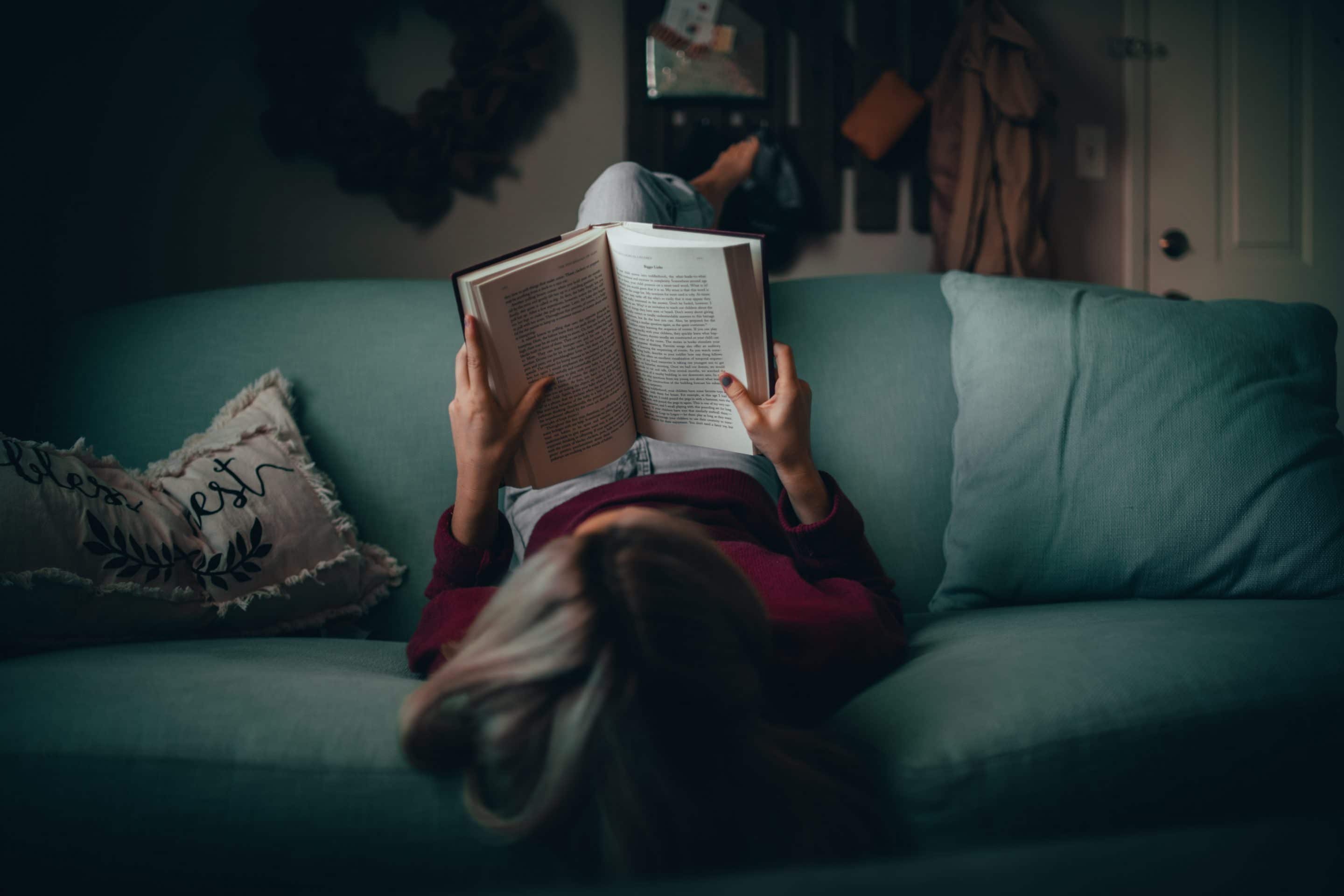 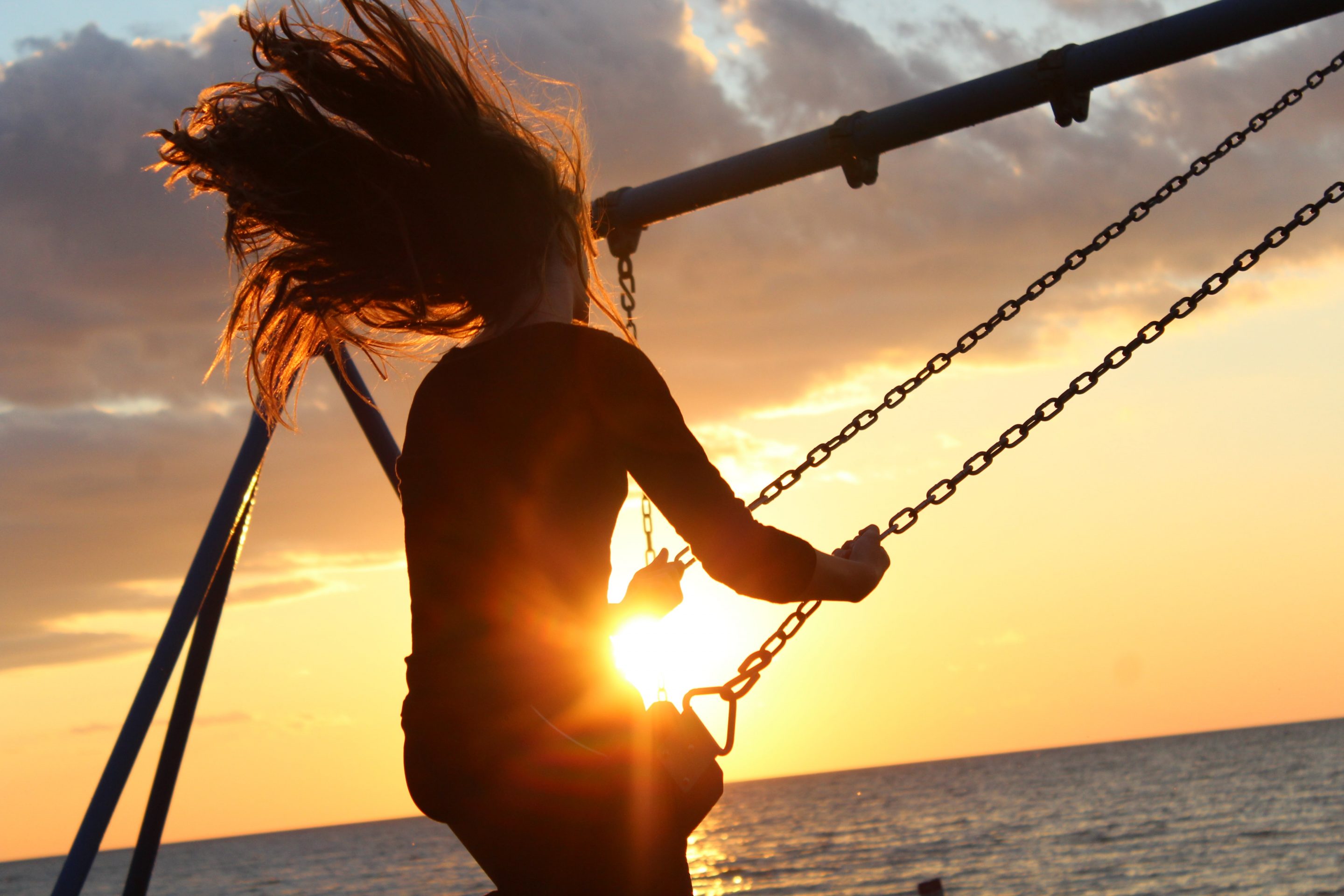